Anthony Weiner started a new career this past week, writing an opinion piece in Business Insider in which he chastises Tesla, Uber and Airbnb for not knowing how to play politics (eg, effect change to advance their business interests in regulated industries). Weiner takes Tesla and others to task for their brash tactics in highlighting disagreements with regulators and politicians. Weiner betrays a skepticism that businesses operating on new technology platforms are truly different from the regulated incumbents (Tesla: “it’s still just a car”). He espouses the broad argument that regulators and politicians know better than the folks pushing the boundaries of regulated markets via new core technology, production methods, customer acquisition and demand fulfillment techniques, service models, systems of creating consumer “trust”,  and a host of other innovations not contemplated by many of the old laws on the books.

Weiner’s piece lays out a long list of factors that supposedly don’t influence these politicians & regulators — the free market, claims of technological innovation, PR and media coverage. The piece ends with Weiner suggesting that Silicon Valley tech disruptors find ways to operate within existing regulations. You could forgive tech founders for failing to warmly embrace this suggestion given that the US government circa 2014 fails to legislate, regulate or understand new technology particularly well:

Rather than take Weiner’s advice to operate within existing regulations, this generation of technology companies have instead taken Weiner’s fallback suggestion that tech “founders and executives focus on getting wider public support.” And these companies have done so in the smartest way possible: rather than focusing on getting signatures, they’ve focused on getting customers. Tesla is on track to deliver 35,000 Model S cars, in 2014, buoyed by insatiable demand that they can’t currently fill, up from 2,500 Model S cars in 2012. Uber is reported to have nearly half-a-million weekly active users. Airbnb has facilitated lodging for more than 10 million guests globally to date. The demand and usage for the products that Silicon Valley companies are delivering into regulated markets is simply staggering. The public has already spoken with their wallets, and they’re increasingly choosing the best that new technology companies have to offer over the stagnant offerings of incumbents. And the share shift to Silicon Valley “disruptors” is only going to accelerate as regulators and politicians follow the consumer dollars rather than the lobbyist dollars. 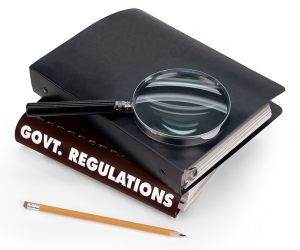